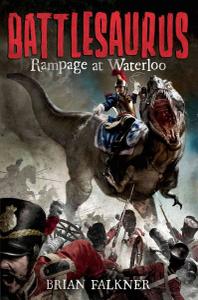 Did you know that beasts called "saurs" were a part of everyday life in 1815 Europe? Did you know that Napoleon won the battle of Waterloo? Did you know that he did so by using a terrible secret weapon against the British and Prussians? Did you know that only one boy--the son of a magician--knows how to foil the would-be Emperor's plans at world-domination? It's all true. At least according to this head-spinning historical fantasy by adventure author Brian Falkner, just in time for the bicentennial of the battle that re-shaped Europe.