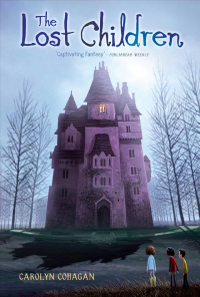 9989 of 9999 copies available
Report a Problem
Josephine Russing owns 387 pairs of gloves. She's given a new pair every week by her father, a sullen man known best for his insistence that the citizens in town wear gloves at all times.

A world away, the children of Gulm have been taken. No one knows where they might be, except the mysterious and terrifying leader of the land: The Master. He rules with an iron fist, using two grotesque creatures to enforce his terrible reign.

When a peculiar boy named Fargus shows up on Josephine's property and then disappears soon afterward, she follows him without a second thought and finds herself magically transported to Gulm.

After Fargus introduces her to his tough-as-nails friend Ida, the three of them set off on an adventure that will test everything Josephine has ever thought about the rules of the universe, leading to a revelation about the truth of the land of Gulm, and of Josephine's own life back home.